Exposure Mortal Kombat 11 is very different from everything that we saw earlier. In fact, at the start of the game, nothing threatens the Earth – for the first time in the entire existence of the series. In Mortal Kombat X, Cassie Cage (suddenly) defeated Shinnok and passed him into captivity to Raiden. So the main villain of the universe lost all power and lost control of the army, which also considerably decreased in size. It would seem, happy ending, but no. This is too easy for Mortal Kombat.

At the end of the tenth part, it turned out that for many years, Raiden was tired of fighting the invaders from other worlds. Another attack of Shinnok was the last straw that broke the patience of the god of thunder, and as a result he … went to the dark side. At least it looks that way.

New Raiden is completely different from the god to which we are all accustomed. His eyes and lightning are now glowing red, and his clothes have become black — even the characters joke about it as the game progresses.

But Raiden himself is not a joke. He vowed to continue to destroy all the enemies of the Earth, abandoning the peaceful doctrine, which adhered to for many years. First of all, the new Raiden decided to decapitate Shinnok. Killing the Elder God in such a primitive way is impossible, but the idea was not the case. The defender of the Earth carried the severed head to the Underworld to present to the enemy generals – enslaved Liu Keng and Kitane (the body disappeared without a trace, and one head of Shinnok is not dangerous). However, such a performance was not enough for Raiden, and soon he decided to destroy the opponent’s stronghold in order to put an end to the war. This is where the MK11 events begin.

The army of the Earth (as, incidentally, the enemies) was not in the best shape – it was pretty battered by the war against the monsters of Shinnok. However, Raiden insisted that it was impossible to hesitate; the war must be ended here and now. The operation was successful: the special forces detachment managed to blow up the enemy base. The only victim was General Sonia Blade – after that, the role of the commander-in-chief of the Earth forces passed to Cassie Cage (daughters Sonia and Johnny Cage). 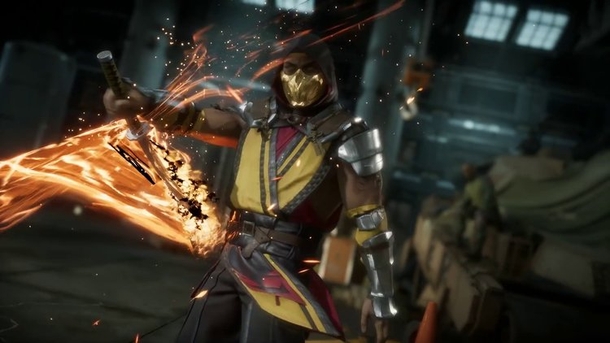 Kitana, Liu Keng and other leaders of Shinnok’s army survived, but they had neither a base nor troops left: there was nothing to fight with the Earth. At this moment, a new character appears on the scene for the world of Mortal Kombat – Kronik. She is the Keeper of Time, the Architect of the Universe, as well as the mother of Shinnok and Setrion – two Elder gods (creatures much more powerful than the “ordinary” god Raiden).

There have been many turning points in the history of Mortal Kombat – a lot of tournaments, invasions and even a full-fledged Armageddon. All this happened according to the plan of Kroniki. Everything except the latest events. Beheading Shinnok, Raiden destroyed the balance of time and changed the course of history – this forced the Guardian to personally intervene in the affairs of earthlings.

Her plan was simple: rewrite history, erasing Raiden himself. But for this, she needed to seriously prepare herself, collect a lot of energy and resources, and also build a kind of time machine. To prevent the forces of the Earth from interfering with her, she enlisted the support of the side most interested in this — the defeated army of Shinnok.

Soon, Kronika set to work and created temporary breaks: the present merged with the past, and the world was filled with the “twins” of all the characters – their young versions from another time. In addition, from there came some long-killed soldiers – for example, Shao Kahn. However, in the same way, Kronik involuntarily helped earthly troops: they were joined by young Liu Keng, Kitana, Kung Lao, Sonya, Jax, Johnny Cage and Raiden, whose mind was still clear at that moment. Angry Raiden in this procedure disappears, leaving behind only the amulet of Shinnok.

The war broke out with a new force. The troops of the Earth understood: if Kronika succeeds in destroying Raiden, their world will end. After all, it was the god of thunder who led Liu Keng to the tournament that saved the planet from being captured by Shao Kan (these events took place in Mortal Kombat 1 and Mortal Kombat 9). Without it, the outside world will win, and earthlings will become slaves of the emperor. 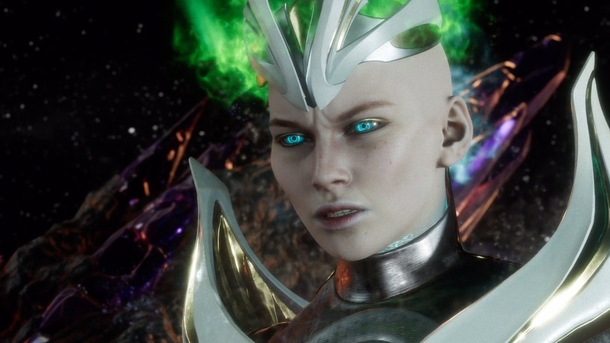 But how can you prevent the Keeper of Time? Earth troops began to fight for all strategic points, but it came out with varying success. They destroyed the production of cyborgs (such as Cyrax and Sector) of Kroniki, but she still managed to obtain the necessary resources: the energy of the Earth from the Reiden temple and the crown of souls from the island of Shang Tsung. This was enough to complete the ritual.

The only hope of the Earth was a direct attack on the Kronika base. The Keeper of Time managed to attract to his side many creatures from different eras. Earthlings were able to answer this with the help of Kitana (her young version, returning from the past). While the rest fought with Kronika’s troops for resources, she waged a large-scale civil war in the Outworld.

In the reigning chaos, she managed the impossible: she united the peoples of the Tarkatans (led by Barak), Shokanov under the leadership of Shiva and other inhabitants of the Outer lands. All of them took its side after Kitane managed to kill Shao Kahn – the emperor, after returning, managed to seize power in his kingdom for a while.

Kotal Kahn, who owed Kitana life, gave the princess the metaphorical crown of the outside world. So she became Kitana Kan and got at her disposal a huge army – enough to try to fight with Chronicles.

Sales Mortal Kombat 11 were three times higher than the previous part of the series. So, the continuation is only a matter of time. But now it is almost impossible to understand in which direction the plot will move. It seems that this time the Earth finally solved all its problems. There are no enemies left, no one will even conduct Death Battles. Is there another restart now?