During this year’s transfer window, there was plenty of surprising information. One of them was undoubtedly the lack of Eugene “Pobelter” Park in any composition of League of Legends Championship Series participants. And although the 23-year-old will not play in this split at LCS, he will still be part of the North American league – and more specifically the participating Team Liquid.

After a year of separation, Pobelter returns to the NA champions, but no longer as a player. Next season, Park will be responsible for the team’s results as a position coach. In the video published on Team Liquid’s Twitter (which you can watch below) it is explained that its task will be to analyze the game of the upper part of the map, in particular top and mid, and of course to provide comments to players. He will act alongside head coach Yang “Cain” Nuri, and his assistant – Yang “Dodo” Jun-hyeok, who have been working as a duo in Liquid for two years.

From this video, we can learn, among other things, that Pobelter was the first to contact Team Liquid founder and owner, Steve Arhancet, to ask for advice on joining the academy. – I  received a message from Eugene in which he wrote: “Hey, it looks like I’m not in a team with LCS, I’m thinking of joining the academy and I need your opinion.” I told him, “I don’t think you should play at the academy, you’re too good,”  said Arhancet. ”  He told me,” And why can’t you become a coach assistant in Team Liquid? ” I hadn’t thought about it before, but it sounded like a really good idea, ”  Pobelter confessed. 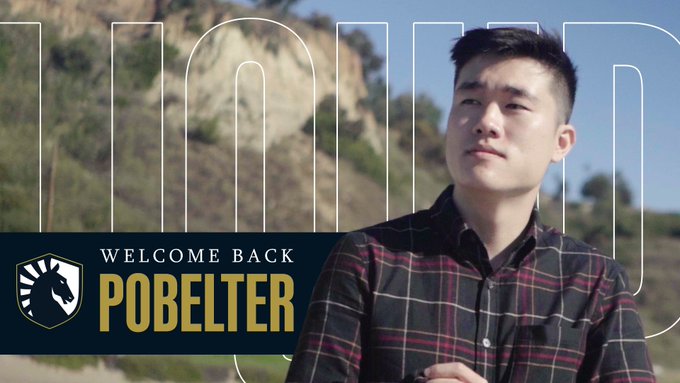 A popular sports statement says “the winning composition does not change.” For Team Liquid, four-time North American championship in a row, however, is not enough if you can’t turn it into success in tournaments involving teams from around the world. For this reason, Mads “Broxah” Brock-Pedersen joined the band, who took the place in the composition previously belonging to Jake “Xmithi” Puchero. The other four have not changed – TL will continue to be represented by Jung “Impact” Eon-yeong, Nicolaj “Jensen” Jensen, Jo “CoreJJ” Yong-in and of course Yilliang “Doublelift” Peng.